The 29th Land Forces Day called Bahna, organized by the Foundation of the Land Forces, together with the Czech Armed Forces took place on June 23rd in Zadní Bahna near Strašice. More than 1,000 army professionals with more than 350 military vehicles and equipment took part in the event. Visitors could see both historical and current military equipment in static displays and dynamic demonstrations.
Arquus participated together with VOP CZ, its industrial partner in CR and one of the supporters of the event. At the event, Arquus presented VAB MK3, a new generation of 6×6 medium weight armored vehicle. This 20-tonne troop transport vehicle – of which 5,000 were initially sold to more than 25 countries – remains, after 40 years on the market, one of the leading armored vehicles deployed by armies during operations.
Among other visitors, there were the Minister of Defence of the Czech Republic Karla Šlechtová, the Chief of the General Staff of the Czech Armed Forces Lieutenant General Aleš Opata or Land Forces Commander Brigadier General Josef Kopecký. The modernization of Land Forces equipment is one of the priorities of the Ministery of Defence , reminded Karla Šlechtová, the Minister of Defence. “It concerns a whole range of equipment, starting with new combat vehicles for infantry troops and ending with special vehicles for chemical troops,” she said.
Initially the original BAHNA military show was merely a meeting for the owners of historical military vehicles. Over the years, the event has evolved into this present Land Forces Day, one of the largest presentations with both historical and modern military vehicles and equipment in Europe. During the last decade, the Czech Air Force and their support units are also taking part. The BAHNA now attracts thousands of visitors each year. 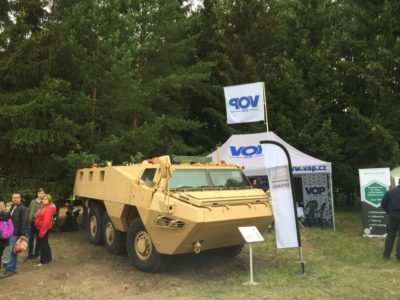 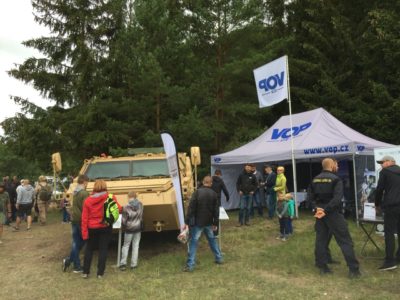