AQUUS was exhibiting in Brno at the IDET trade show, which took place from May 29th to 31st, 2019. On its exhibition stand, ARQUUS presented Sabre vehicle, specifically designed for operations behind the enemy lines and on the outside driving range, its Trapper vehicle was presented. Trapper aspires as replacement of the outdated UAZ and Land Rover vehicles in the upcoming public tender.

The Czech Republic wanted to commemorate its armed forces’ centenary by presenting the FT-17, the Tank of Victory, which equipped the Czech Army after 1918. Cornerstone of ARQUUS’s identity, the FT-17 was the first vehicle ever to combine mobility, firepower and protection. This FT-17 tank was delivered by ARQUUS all the way from the Tank Museum in Saumur, France, to Brno. 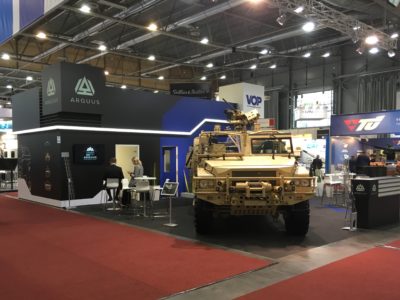